How Paint Turned a Forgotten Piano into a Showpiece 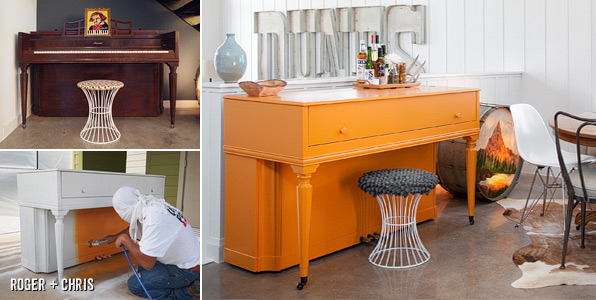 When Roger first told me he wanted to paint my piano tangerine, I was hesitant.

This piano had been given to me by my good friend Scott. It had been in his family for years, having first been purchased by his grandparents for his mother. Scott and his wife Ronda inherited it after his mother moved. Their children had practiced on it while taking piano lessons, but now that they were older and moving out of the house, it was going unused. I'd missed having a piano to play, so when Scott told me he had one to unload, I was excited to take a look at it.

It took me by surprise the first time I saw it. Unlike traditional piano formats - the grand, the upright, the spinet - when closed, this Baldwin Acrosonic looked more like a piece of furniture than a musical instrument. It turns out that the Acrosonic was one of the first spinet pianos sold, first having been introduced in 1936. It's unique shape allowed it to function as a buffet when not being played. Scott's piano was in rough shape - it was functional, but the ivory keys were chipped and the cabinet's wood veneer had peeled and worn away over the decades. Nonetheless, I was ecstatic.

Before Roger and I started redesigning our home, I'd had the piano tucked away beneath the open stairway. It seemed like a logical location - out of the way, yet still accessible. The piano, with it's hard-worn mahogany finish, never really fit in with the rest of the house. It hid in a shadowy corner without attracting much attention.

Roger had a different idea. Instead of hiding it away or buying a newer, more attractive piano, why not paint it? And, if you're going to paint it, why not make it a crazy, attention-grabbing color and put it right in the middle of the room?

First of all, this was an instrument. If I'd learned anything after years of studying music, it was that instruments are finicky and fragile, and can be irreparably damaged in countless ways - even beat-up old pianos.

Secondly, how the heck do you paint something like a piano? You'd have to seal up the internals, coat it with primer, and then somehow apply a smooth coat of paint. This thing had deep scratches, peeling veneer, and edges that had been rubbed to the point of becoming sawdust. Would paint really cover all of these flaws without flaking away? Would the finished product look good enough to sit in the middle of our dining room? 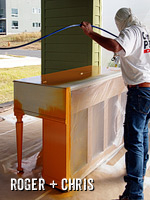 Finally...what would Scott think when I told him that I'd painted his family piano bright orange?

It was fascinating to watch the painters work. They moved the piano outside into our porte-cochère to make the process easier. They meticulously sealed the soundboard, keys, and pedals prior to painting. After taping up plastic tarps to create an impromptu spray booth, they sanded, primed, sanded, primed, sanded, painted, sanded, painted...it was a long process. But in the end, CertaPro delivered a stunning result. The old, beat-up piano is gone, replaced by a shockingly bright tangerine centerpiece. No visitor to our house has failed to comment on it, often saying things like, "I'd never realized you had a piano." I'm blown away - something that had been ignored by everyone for years is now an attention magnet.

Oh, and what did Scott think about it? He, Ronda, and their daughter Chelsea visited a month ago. In the dining room, I asked them if they remembered that old piano they'd given me years before, and pointed at it. They refused to believe that it was the same one until I opened it up to show them the familiar worn keys. This old, well-loved Baldwin doesn't have to hide in the corner anymore!

Repurposing a Supply Cabinet
We turned a bent and rusty metal shelving unit into a great master bedroom feature. 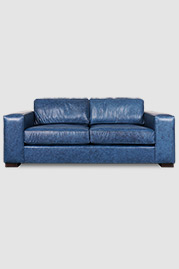 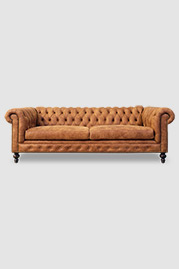 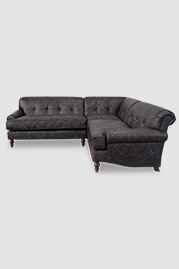 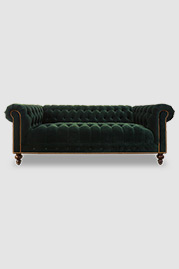 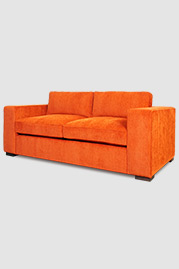 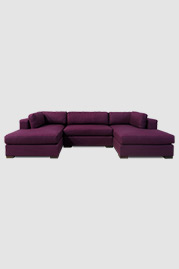