Not a creature was stirring. Not even a mouse.* 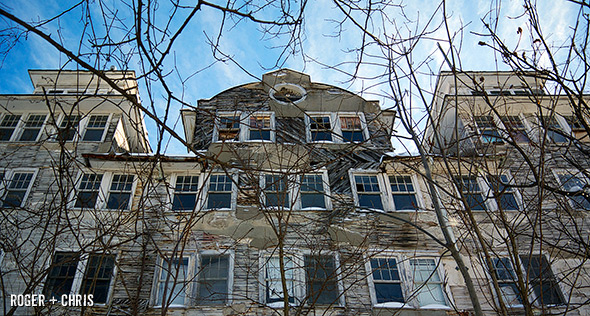 The wild animals living amongst us used to strike me as pets I didn't have to feed.

I like animals and grew up around a relatively broad assortment of household pets — dogs, cats, rabbits, guinea pigs, hamsters, gerbils, turtles, fish, replacement hamsters — so I'm not really freaked out by the sight of a mouse.

The wild animals living amongst us used to strike me as pets I didn't have to feed. Until one comes downstairs to the kitchen to discover that feeding them is exactly what you're doing. So much for my morning cinnamon raisin bagel. Little long-tailed jerk.

Someday, I will tell you the story about my Hugo Boss jacket that was turned into a nest in the basement of a rental house. But really, I just did.

Over time, I reached some degree of comfort with playing the occasional exterminator. Winter weather would arrive, and everything that could wiggle its way into the house would do so. A trap or two. Occasionally some poison. As little as possible, with the hope that the mice would see these devices and chemicals and just leave willingly, searching for better snacks at the house next door.

The cold arrived a few weeks ago. The real cold, and everything found its way in. I encountered a little mouse exploring our very old, very porous basement. My first instinct was to return him to the field outside. But with the temps dancing around zero, doing so seemed needlessly cruel. After briefly contemplating the process required to outfit a wild rodent with a tiny wool jacket and boots, I decided to issue him a reprieve and wait a bit for the weather to mellow.

Mice in an old house seem like a given. Up here, they're the least of one's worries. We've heard from friends who've unintentionally hosted a squirrel, a rabbit, a raccoon, a rat, a bat, bats PLURAL, and more that I've probably blocked from memory. Old houses are supposed to be full of critters and bugs and cobwebs and probably a skeleton in the foundation belonging to that worker who went missing. That's part of their charm.

Nature was here first, and Nature isn't eager to surrender her turf to humans.

Besides, Nature was here first.

Nature isn't eager to surrender her turf to humans. Old homes are handily colonized, but the critters who find their way into new homes seem downright determined to stand their ground. The brand-new house in Austin, built in what had been an open field, was targeted by scorpions and gigantic spiders and fire ants and geckos and snakes that friggin' climb friggin' walls and SO MANY WASPS. Basically all the stuff you would expect in Texas. (No mammals. There aren't any mammals in Austin. Even humans become cold-blooded after a decade or so in that climate, as evidenced by their angry demands for heat lamps should you ever attempt to transfer them to a northerly region.)

After another mouse sighting and hearing something crawling through the walls — a creepy first for me — we started putting out traps. Some people find poison to be more effective, but we have a dog — a big, dumb dog who is completely unpredictable as to what he will and will not put in his mouth. I mean, a few weeks ago he decided to tear apart a sea sponge. Adding to the risk, we had to start giving him bits of cheese to disguise medication last summer. After he recovered, the nightly pill regimen morphed into a nightly begging for cheese regimen. We happily oblige as he's pretty undemanding with treats. But I started thinking, "Dog loves cheese. Mice love cheese. Mice eat cheese. Dog thinks mice smell like cheese. Dog eats poisoned, cheesy mouse." Bad news for all parties involved.

So, traps. We didn't have one mouse. We had mice. I "took care of" a few, which brought the number of sightings down and kept them away from the dog. But then we left town for a week for Christmas.

I was a little bit nervous to open the door upon our return. We had set out a number of traps, anticipating that there would be a flurry of activity while we were away. But nothing. No unfortunate victims in the traps. No evidence of them hanging around at all.

Where did they go? Did they slip out during the warm spell and go exploring? Were they so offended by our attempts at trapping them that they fled to safer territories? Did they run out of cupboards to pillage? Did they miss us and think we'd abandoned them?

They haven't returned, and the weather has turned even worse. Now we're away again, and I'm somewhat curious as to what we'll find when we get back. I can't help but miss them a little bit. The village becomes so quiet, so desolate in the winter that it's comforting to see any life stirring. I sort of miss the mice. I sort of miss the school kids who walk by the house on summer nights, boasting to their friends and sneaking their first cigarettes, such wannabe badasses. I sort of miss the crazy seasonal neighbors who stay up all night yelling at each other and listening to prog rock on their radios and...am I losing my mind?

In the winter, the solitude is both a reward and a punishment.

In the winter, the solitude is both a reward and a punishment.

I've probably said this before, but in a community of this scale, every gain and loss is felt. Every resident arriving — and every departure — leads me to contemplate the future of the village.

We humans like to think that our position at the top of the food chain puts us in some position of permanence. We think of a city as an enduring component of the landscape, an unimpeachable monument to our accomplishments as a species.

But we are short-lived and fickle and transient. We die off or depart, in search of richer hunting grounds. In a larger city, these changes are disguised by the sheer numbers. But in a village, it's plain to see.

The woodland creatures are winning in Sharon Springs. Humans had a good run, but their population peaked decades ago. Nature's working her tendrils into every house and building. The little mice may be gone for now, but they'll be back. And they'll bring friends.

TAGS:
GREYHOUSE
VILLAGELIFE
RELATED POSTS
Snapshots From New York
Here are some snapshots Chris took during our trip to New York. If you look closely, you'll find Roger making a cameo in one of the photos.

A Study In Contrast
We turned a gloomy spare bedroom into a bright and happy home office.

Yes, We Painted All The Floors In Our House
Quelle horreur! But we had some good reasons to paint our floors, and maybe painted floors are a good fit for your home too. 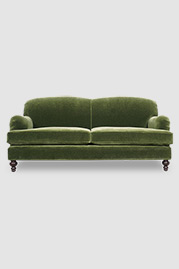 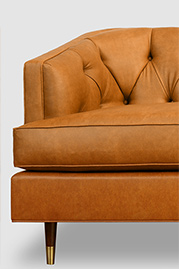 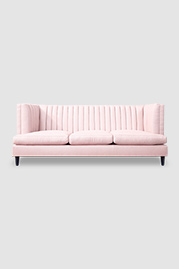 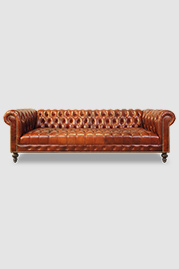 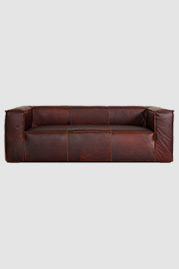 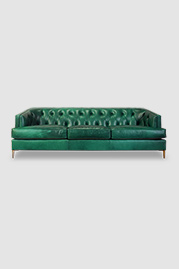